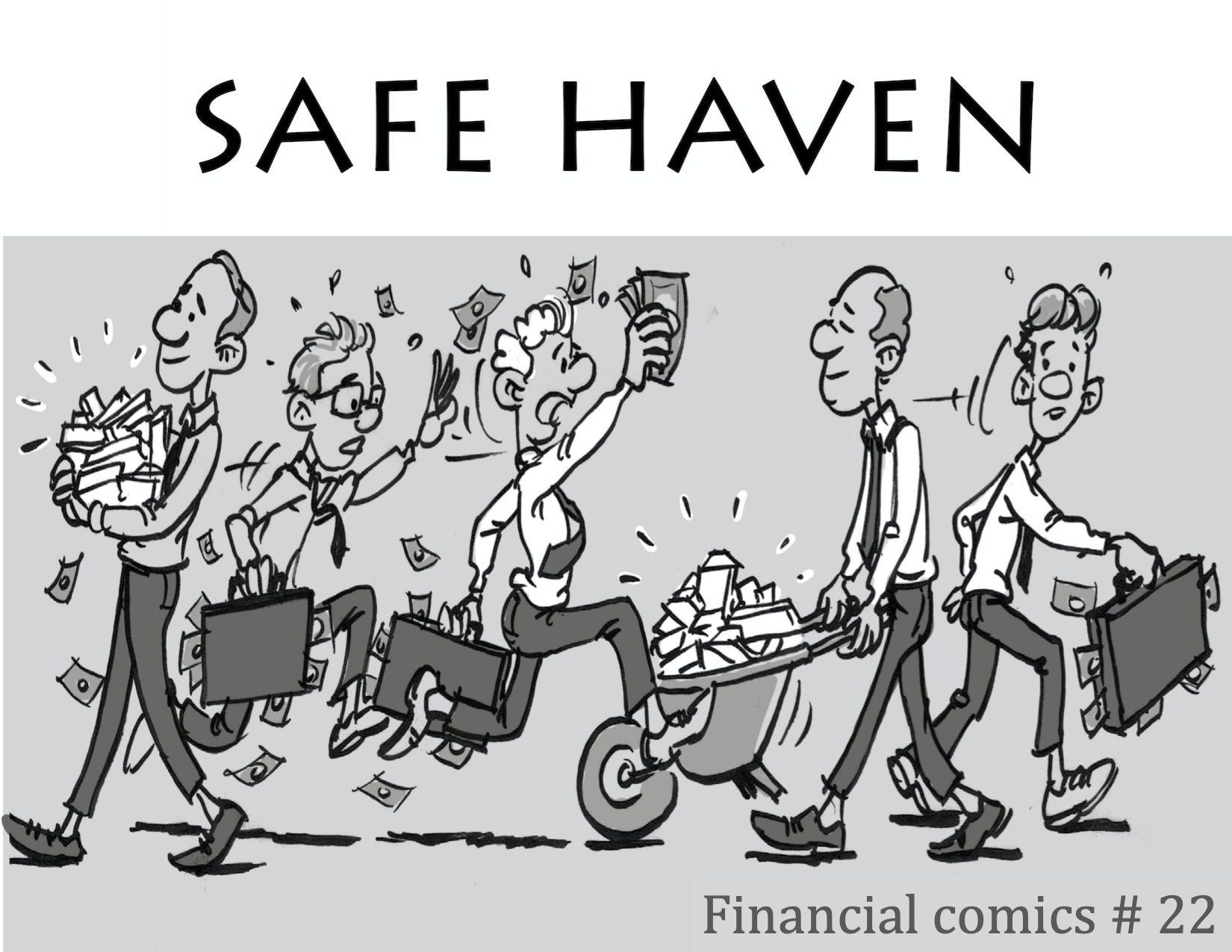 The massive printing of new dollars in the past year has set the stage for a possible dramatic rise in inflation that could cause our currency to lose much value. In such a scenario, where would the safe havens be? Historically, precious metals have played this role in time of crisis. We therefore take you on a discovery of this fascinating universe, in which silver may soon play a leading role.

Our research on silver brought us numerous facts that we couldn’t all put down in this comic. For the most curious readers, here’s some of them in no particular order:

The ounce unit used for gold and silver is called a Troy ounce. This ounce is 10% heavier than the ounce we usually use in the kitchen for example. Troyes, a city located in the Champagne region, hosted an important fair during the Middle-Ages. The King of England Henri II was inspired by the measuring system of this market to institute the English measuring system.

For over 2000 years, until the middle of the 19th century, the silver denarius (3.9 grams) was used to pay a worker’s daily salary (1 denarius for a day’s worth of work). Since a Troy ounce weighs 31.10 grams, and is worth around 35$ CAD today, the same silver denarius would be worth 4.38$ in today’s currency. This calculation confirms that silver’s value has not kept pace with inflation at all.

In the early days of the United States paper dollar, at the end of the 19th century, people could go to any banks and ask to turn their paper notes into solid gold, a system that lasted until the crash of 1929.  During the three years that followed, Americans flocked to the banks to exchange their money for gold. In January 1934, facing of a shortage of precious metals, President Roosevelt was forced to ban Americans from owning gold or they could face 10 years in prison. Americans had 1 month to return the gold they were holding in exchange for paper money. The ban was only lifted in 1974 by President Gerald Ford.

Since we dropped precious metals as a currency benchmark in the mid-20th century, inflation has skyrocketed, but the price of gold and silver has not kept pace. Is this justified?

As it was so well explained to me by Réjean, a mining and drilling specialist, “ silver is a mining residue, meaning that there is very few silver mines and that most of the ore comes as a byproduct from other mines: gold, copper, zinc, lead. As much as 75% of all produced silver comes from mines whose primary production is not silver.”

Further explained by Réjean, “silver is inelastic”, which means that even if its price skyrocketed, it would not be possible to rapidly increase the quantities of metal mined.

How to buy silver? You can buy the physical metal and find secure storage yourself. You can also buy stocks of exchange traded funds (ETFs) that keep the precious metal for you. From our research, the only fund that guarantees its physical holdings is the Canadian fund Sprott Physical Silver Trust (PSLV). The physical metal is held at the Royal Canadian Mint and audited frequently by an independent auditor.

Important information to know: Physical silver is currently traded at higher prices (25-30% premium) to spot silver prices on the stock exchange. An anomaly that reflect the inconsistency around the value placed on silver.

Annual silver consumption (1 billion ounces) is currently estimated to be about 25% higher than current production (800 million ounces). In addition, several companies that use silver in the production of electronic devices refuse to disclose how much they use annually. This phenomenon would help explain why silver reserves are going down relative to gold reserves on the planet.

A lot of people are now asking themselves why is the price staying so low? By digging further, many theories come forward. One of them is price manipulation by a handful of deep pocketed actors of the financial markets. The spot price of silver is determined by the futures market. The problem is that most of the contracts on the futures market will never touch physical silver at all. There is so many contracts and derivatives out there that the paper market of silver dwarfs the physical market estimated at 30 billion $. In 2014, Bloomberg estimated the paper market to be 5 trillion $. It was around a 250 to 1 paper to physical ratio at the time. Some estimate the ratio to be around 500 to 1 these days. With all this leverage, some speculate that big banks are keeping the prices down. How can silver’s price discovery work out naturally if it’s controlled by speculators on the paper market?

Back in 2008, Bear Stearns was famous for holding a massive short position in the silver futures market. When the company went bust, JP Morgan took over the business and at the same time took hold of that big short position. Meanwhile, starting in 2013, JP Morgan started accumulating silver. It is estimated that they have now accumulated 700 million ounces which makes JP Morgan the most powerful player in the silver trade by a wide margin. So, did JP Morgan manipulate the price of silver so it could accumulate massive quantities? If they did, they would have broken a series of laws. A quick research brings out several articles about massive fines the bank had to pay for precious metal manipulation.

A final little anecdote: The small grooves on the sides of coins originate for the cost of entry into the Roman amphitheaters, which consisted of a groove in a silver coin. A government employee was stationed at the entrance with a knife to slit the coins and collect a small shard of silver for each visitor.

Do not hesitate to communicate with us.

It would be a pleasure to help you find great stock market opportunities.